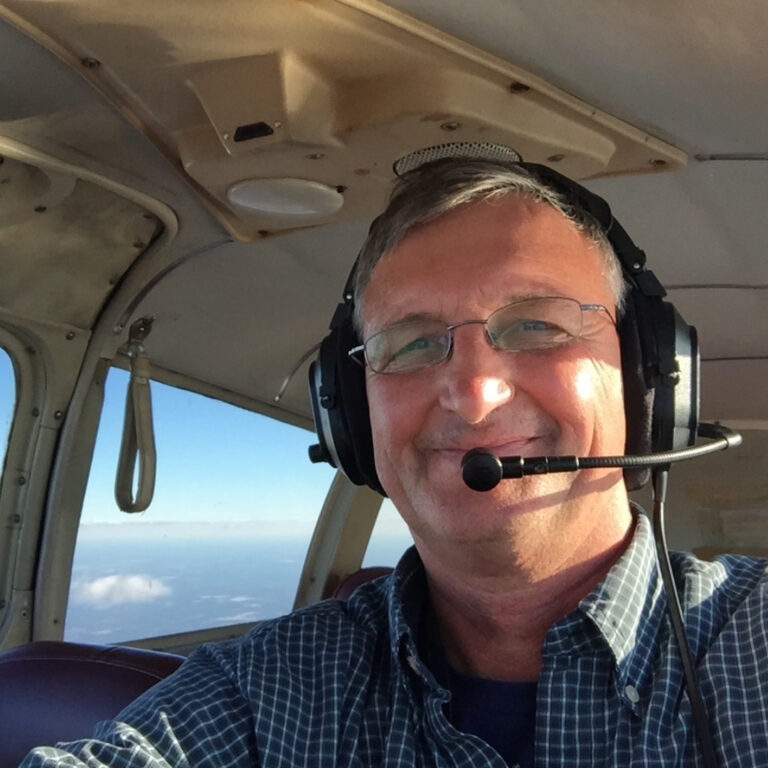 We asked our flight instructor Mike Burrow, CFI, about his experience and why he loves flying. Read more below!

Q: How did you get into flying?
A: I completed my Private Pilot training while I was working as Ground Staff for a small regional airline in the UK.

Q: When did you know you wanted to be a pilot?
A: I have always been fascinated with airplanes but it wasn’t until I was considering my options after leaving school that it dawned on me that it might be a possible to fly as a career. There was little opportunity in Civil Aviation at the time, so I joined the Royal Navy as a Helicopter Pilot. My plan was to complete a short career at sea and then move to the airlines, which many of my colleagues did. However, for various reasons, I stayed on and finally retired after 27 years and many different duty stations, the last one Redstone Arsenal Alabama, flying the US army Black Hawk.

Q: What do you think is important when choosing a flight school?
A: Everyone has different reasons for learning to fly and not all schools will be a good fit. It will cost a little more at the start but if you have several schools to choose from, then a trial lesson at each should show, which will provide the best training and value for money.

Q: What do you like most about being an instructor?
A: I gain a great deal of satisfaction supporting somebodies aviation goals.

Q: What is your most memorable flying experience?
A: There have been a few if I’m honest but one stands out. Whilst serving as the Flight Pilot on HMS Alacrity, we were notified that a Cessna had ditched in the sea South of Puerto Rico in suspicious circumstances. We launched into a tropical storm in our Lynx Helicopter, found the aircraft in shallow water and the crew sitting on the beach. They didn’t seem pleased to see us but we went ahead and rescued them anyway and took them to the Base at Roosevelt Roads. We later heard they were helping the FBI with their investigations. Turned out that this high spot in my career, involved rescuing two people, who didn’t want to be rescued and took them somewhere they didn’t want to go.

Q: What advice would you give students?
A: I have enjoyed teaching both in the Military and afterwards. If that’s you then “go for it”.

Q: What advice would you give individuals interested in instructing?
A: Future instructors, prepare to have good days and prepare to have bad days. Be humbled by your students and remember that you used to be where they are now.

Q: What’s next for you?
A: I am teaching now as much for pleasure, as for anything else and I plan to do it as long as I am able. My grandkids live in Ponte Vedra, so this is now the best place to do it.

Q: If you could fly anywhere, where would it be?
A: Corny I know, but I would really like to fly in space. 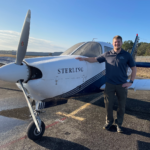 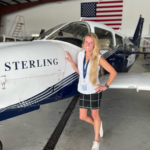 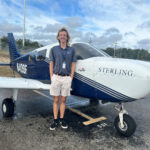 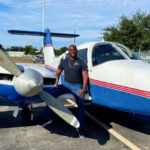